Find A Location Nearest You!

Threats After the Flood

Even when the disaster has passed and you are dealing with the aftermath of a flood, it is important to know that you are not yet out of the woods. The standing water that remains in your home needs to be addressed as quickly and as thoroughly as possible to ensure that you do not subject yourself to another disaster entirely.

Just a few of the dangers posed by standing water include:

A warm, damp environment is the perfect place for mold to begin to grow. This fast-growing fungus can quickly become a huge problem for everyone. It can exacerbate structural issues in things like wood and upholstery, as well as cause health problems for many. The symptoms are generally fairly mild respiratory issues and irritation of the skin and eyes, but those with already compromised immune systems may have more severe reactions.

Though even clean water can sometimes play host to parasites, it is much more common in sewage and gray water. This is of particular concern if the flooding resulted from a damaged sewer line, but severe weather can cause problems in the city’s sewer system and cause contamination that way. Giardia, Entamoeba, and Cryptosporidium are some of the most common parasites that take up residence in standing water.

Unsurprisingly, floodwater already contains many forms of bacteria, such as E. coli and Salmonella, viruses like the Nowalk virus, as well as other contaminants. When allowed to flourish in standing water, these contaminants can grow at an astounding rate and contaminate everything they touch. If you ever have to deal with floodwater for any reason, always take precautions such as gloves and eye protection to be certain that you do not come in contact with it.

Rodents and insects of all kinds are often attracted to standing water. Mosquitoes in particular thrive in these conditions, and are notorious for being disease carriers for things like West Nile virus and malaria. Rats and mice, meanwhile, are also common disease carriers and may be responsible for further damage to the home beyond what was already done.

The most obvious problem caused by standing water is, of course, structural damage. Even in the most pristine environment, water can cause an extraordinary amount of harm – wood can swell and warp out of shape or rot altogether, drywall is often destroyed, and even your foundation can see real damage if the water is allowed to stay.

Rather than giving standing water a chance to do even more damage to your property, take action quickly and call in a team of Jupiter water damage restoration experts like ours here at All Dry Services. We can help to get you back to normal in no time!

To arrange for a free, in-person estimate,
fill out our online request form.

Let Us Handle The Hassle

At All Dry Services, our restoration and cleanup specialists have experience working with all major insurance companies and are more than happy to assist you so we can make the process easier. Any time we perform an inspection, we will carefully document all of our findings so you can easily report the damage and necessary repairs on your claim.

Whether you need extensive restoration work or an odor removal service, we are happy to help. When you hire us, you can rest assured that you’re in capable hands. 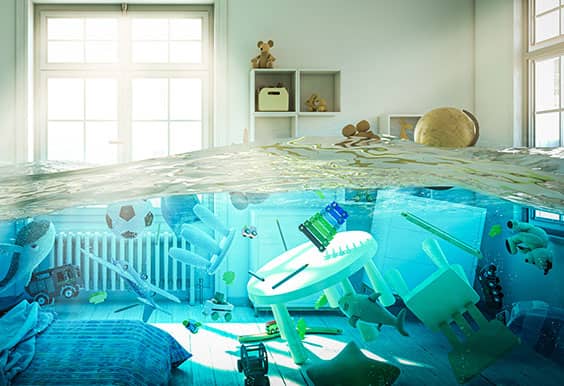